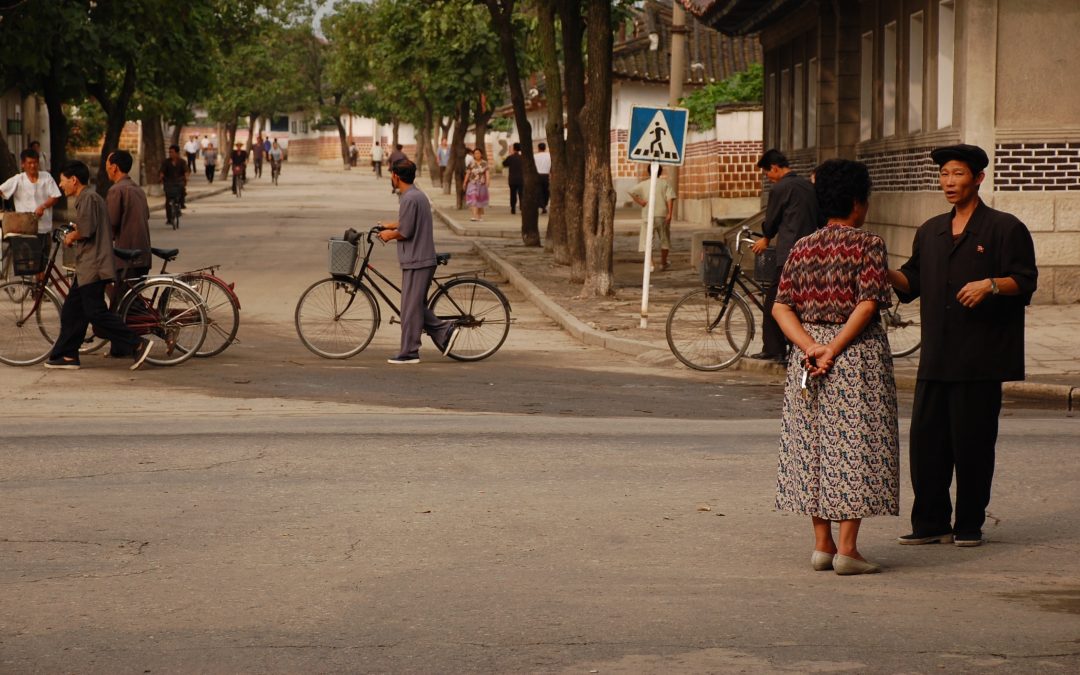 Why we decided to create a trip to North Korea

Background: We’ve launched a trip to North Korea. Check it out here.

Some weeks ago we launched a new trip to North Korea. A project that we have been very excited about and worked hard on for quite a few months. It’s been one of our fastest selling trips so far and we’re very close to filling up the  first event (we will have two trips in 2017), but at the same time we also received a fair share of critique and comments on social media for supportering the regime in North Korea.

I’m writing this post to be transparent about some of the thoughts we have had behind creating the trip to give a bit of insights for both those interested in joining and those who doesn’t like the concept.

First of all, let’s get one thing clear: Quite a few negative comments on social media has been something like “So you guys like that these people have the worst living conditions in the world” etc. Let me be super clear: We are not blind and we don’t think the situation in North Korea is good in any way. We never said so and I’m surprised that we have to even make that point. We are completely aware of the situation and we are of course not making this trip because we are pro the regime.

I think it’s fair to question and criticize the decision of us going there and I’m very happy to take that discussion. The discussion shouldn’t be about the above, but should be about “Tourism in North Korea” and wether going to North Korea as a tourist is a bad or a good idea. This question has two sides as well; is it a good idea for the participant and how does it affect the country.

Let’s start with the simpler one. First of all; yes, it’s safe to travel to North Korea and it’s a big experience. That’s why we’re doing it. Yes, there are rules around what you can see and what you can do in the country, but we believe that traveling to North Korea will still give you an impression of the country and learn you things. We truly believe that travel is the best form of education and we wouldn’t do this trip if we didn’t believe that the total package of the experience and the people you will be traveling with, wouldn’t move you in some way. At the same time we are working with an on ground partner that has +10 years of experience and is one of the best companies doing tours to North Korea.

Secondly, and this is a much bigger question, how does tourism affect North Korea. The critique is that by traveling there you only support the government and you help keep the situation as it is. This is major point to discuss in my opinion and this is something that we thought a lot about before finally deciding to do the trip. Yes, tourism in North Korea is run by the government and money spend on tourism goes to the government. But is that just it and you should not go there or to any other countries where you don’t like the government or where conditions are bad?

We don’t believe so. First of all, it’s super complex and there is no black/white answer to wether tourism in North Korea is just a good or just a bad thing. It’s more complex than that because there is so many factors to take into account. As mentioned this question of how the money we spent in North Korea will affect the country was the biggest concern when deciding to do it. When we finally decided to actually execute the trip, it was based on the following points:

Trade and business is one of the best things to secure peace between nations. If two nations have deep and important trade relations they are more likely to have a good relationship and both work to continue to have peace between them. Long term, we believe that trade is a big part of the solution and you have seen that in other countries and areas of the world, that has slowly opened up because they needed money and thereby slowly changing the politics and overall status of the country.

A country first of all consist of people. In the media we just get this idea about a crazy country, but first of all North Korea is it’s people. Even though what we can see and do in North Korea is limited the rules of how much you can be in contact with local people gets pushed slowly and tourism helps with that. Over the years there has been more and more interaction between tourists and the locals. The rules slowly softens up and more and more people travel there, which gives both the visitor and the local an idea about “the other side”. As mentioned, we know that there are strict rules and we are not saying that just because we will meet a few locals everything will be better, but the rules keep moving and soften up very slowly and we want to support that.

We have worked super hard on this trip and we are definitely doing all we can to see and do what is possible within the rules of North Korea. If you look through our program you will see that there is quite a lot of local interactions, visit to factories etc. It will be difficult to find trips where you get this close and we really think that it is a part of the bigger, long term solution.

With this post I hope I have given a bit of insights into our decision. If you have any questions at all, please feel free to comment under here and I will answer personally 🙂

If you want to check out the trip to North Korea, you can read more here.