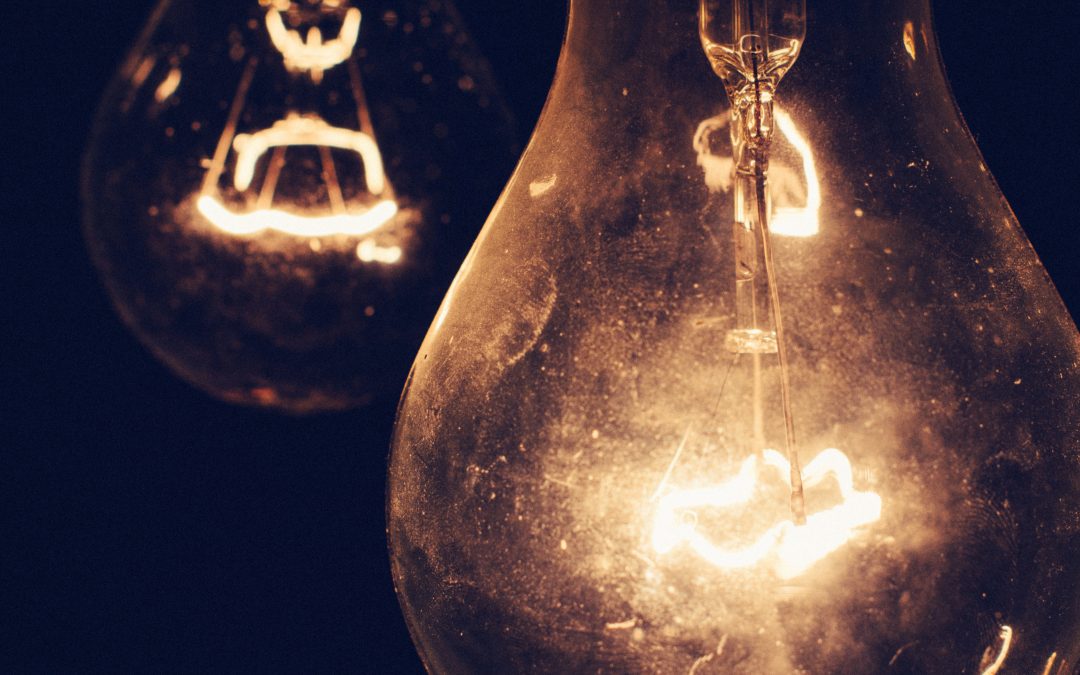 An Introvert’s Guide to Surviving the World of Entrepreneurship

Question: What are the top 3 things that entered your mind when you think of entrepreneur or entrepreneurship? In my case, I’d say pitching ideas, meetings, and speaking. Now my list may sound ordinary but for an introvert like me, all those are major challenges.

Being an introvert is not being shy. It’s generally about being more comfortable with peace and tranquility and working on our own. But it’s not to say introverts are not shy too. Shyness is a characteristic found in both introverts and extroverts.

Another question: Now if you’re the kind of person who’s more comfortable working on your own and who prefers more silence and less talking, can you still be an effective entrepreneur?

This may not be a VIP pass to the realms of business but this could (surely if not hopefully) help you get in.

Know what not to overcome

When I thought of learning about entrepreneurship, the first thing that came in my mind was that I have to overcome introversion. As if it’s a phobia growing inside of me. I thought “obviously, I won’t accomplish anything if I’ll just sit in one corner the whole day, silent and barely moving.”

And during those times I would find myself Googling “tips for introverts who want to learn entrepreneurship” more often than I ever thought I would. I didn’t even know if it’s possible to put introvert and entrepreneurship in one box. Well, it is.

But first you have to acknowledge the fact that introversion is something that does not need overcoming.

Do you think if you’re an extrovert you would say “I need to overcome this extroversion in order to succeed”? I don’t think so.

But the problem is, even if we say we already know the difference between shyness and introversion, in the world of business, that difference could easily fade.

This step needs practice, practice, and more practice. You need to master the art of not overcoming introversion, and acknowledge the fact that it doesn’t need overcoming at all. It took me months to perfect this; and there are days when I still get stuck. (Okay, maybe I haven’t perfected it yet.) But once you started it, you’ll feel the gentle gush of positive change.

Technology plays a very important part in every business, so regardless if you’re an introvert or an extrovert, chances are you’d really have to get those fingers on keyboards. However, for most introverts, technology becomes a greater help. So you better make the most of it.

On the first 3 years of my freelancing career, communicating with clients was only through chat and emails. When applying, I’d read thoroughly to see if the client requires video calling for interviews. I dread anything that has to do with my voice, my face, and cameras.

But of course, it’s something we can’t escape. My very first video call was a complete failure. All I said was YES, NO, and I UNDERSTAND. This can be due to the combined forces of my introversion and shyness.

Just imagine the possibilities if I wasn’t so introverted? If I would just open up with clients who wanted to communicate more instead of just emailing tasks and leaving me alone for the week… maybe I’m writing for bigger magazines now!

Okay, that’s not the point. I love writing for Refuga.

What I’m trying to say is it would be of great help if we learn to take advantage of today’s technology. If you hate video calling too, make it a habit to email your co-workers at least once a day, so they wouldn’t get the impression of you not interested in working with them. Discover more software and apps that could help you show off your brilliance and creativity without giving yourself panic attack.

Many swear by the power of Sonar. It’s an app that helps you find nearby friends. With this, you don’t have to tremble in the middle of crowds anymore. Avoid Humans is also a great app. If your mind is on its most creative state but you just can’t focus with all the noise and the people, Avoid Humans help you find the nearest, most solemn place nearby.

For working with others because, well, you are an entrepreneur, Basecamp is a really great collaboration tool. It’s like email but better. So if you don’t want to send emails almost all the time but you need to update your boss and your team, or you have so many bright ideas that need to be heard, this tool is a must-try.

Be kind to yourself

As silly as it sounds, being kind to oneself is oftentimes bypassed. Keep in mind that like any other field, business can be cruel when you least expect it. And if you’re too hard on yourself, chances are you would easily go down This-Is-Impossible slide, straight into the pool of I’m-Done. This is not where you want to be at.

Sure, we all need to be hard on ourselves. We all need to push through the limits, scold ourselves when the mind is not agreeing with the guts (which happens too often), and sit and just feel the draining effect of being in the business world. But we also have to remember that our introversion is not always the root cause of the lull moments and the failures.

In fact, it is rarely the root cause.

Perhaps you’re just tapping on the wrong box, using the wrong key, or painting the wrong canvas. Business is all about failing forward. And your failure doesn’t mean you suck or others are simply better than you. Not until you look at it that way; which is to say, you can also look the other way.

Make your own rules and OWN it

When I first considered entrepreneurship, one of the things I did was discover introverted entrepreneurs, make a list of their success tips, rules for business, etc., and apply it on my own business. And. You guessed it. I failed.

Not because their tips were wrong, but because they’re not my own. Or we’re not compatible.

It’s like building a house from bricks you stole from your neighbor – who would most likely find out what you did and demand you return their bricks. And you end up with no house.

Making your own rules is very, very important. I’m not saying you cannot use others’ tips and rules, you can. You can use it as inspiration, or be a rebel and to the total opposite. Experiment why it does or doesn’t work for you.

But building a business and a career from your own foundation and not from what others wrote in their blog – that is exactly what you want to happen. And that is what would take you to the next level.

Nonetheless, I should mention this is not like baking cookies. There’s no mold for the perfect set of rules. There’s only trial and error.

In an article I read from Susan Cain’s website, Quiet Revolution, it suggested that in order to be heard when you aren’t the loudest voice in the room, you must come prepared. This may work sometimes but personally, I prefer coming unprepared.

It sounds weird but by doing this, I am learning to deal with the sudden shocks of this boisterous world. Each incident is different from the other – there are those presentation schedules that slipped off my mind, or those meetings that I thought were scheduled in the coming days. But all of them make me nervous and anxious. Similarly, the more I experience nervousness on such surprises, the more I become familiar with the feeling.

I strongly believe that familiarity plays a great role in every introvert’s life. In fact, it’s our lifesaver. But to get that point, we all need to feel the shock and the unfamiliar.

This is where you forget the seatbelts, and just enjoy YOUR rollercoaster ride.

Denial stage? Hide and plead nobody would seek you stage? (If you have other similar stages please comment them down. I might write a book out of these). I’d be lying if I’ll say I haven’t had my share of those.

“Poet Introvert Writer Queer” these words are typed in bold, large fonts on the homepage of my portfolio.

Who would want to hire a queer writer?

Who would want to work with an introverted freelancer?

Why in the world would I want to broadcast that I’m queer and introvert?

Because those two scare the sh*t out of me. I’m afraid it would screw up my career. So I decided to scream it and repeat it on my portfolio and on my bio and on every chance I get to do so until I am not afraid anymore. Until I don’t feel insecure anymore. Until I don’t feel like something is wrong with me because I’m an introvert or because I’m queer.

When you start telling co-workers and potential business partners that you’re an introvert – instead of sweeping it under the rug and saying you’re just having a bad day and you prefer quiet – you get less worried of them thinking you’re no good entrepreneur or you’re one complicated person to work with. They would have an idea of where you’re coming from with your “attitude” (yeah, I just used that word).

Because the secret is, introverted entrepreneurs are superheroes.

Acknowledge those superpowers and your fellow superheroes

And lastly, it’s time to acknowledge those great powers. See yourself as a rare gem in the field of business that everybody would want to have but can’t because you own YOU. Many people think the quiet ones won’t make it in the business, and this is when you’ll show them just the total opposite.

Cherish the fact that introverts are prudent.

If extroverts are often heard saying “let’s just do it!” introverts are leaning on the “are we sure of this?” thoughts. This enables them to end up with better, wiser decisions. Taking risks are great and it helps you grow, but that doesn’t happen all the time.

Bill Gates, an introvert and a highly successful entrepreneur is known to be undaunted by others’ opinions about him. He simply focuses on improving his decision-making skills in his quiet bubble and undoubtedly, it helped him reach the top.

Humility is yet another dominant power most introverts are blessed with. This is not to say extroverts are not humble, but humility tend to come naturally from introverts. They tend to be more acceptable of their flaws and mistakes, and a good entrepreneur is someone who knows how to acknowledge his wrong moves, scrutinize it and make better moves in the future.

Take J.K. Rowling as an example. She’s ridiculously successful and no, I still can’t get enough of Harry Potter. She strongly considers herself as introvert but more than that, she also dealt with a good amount of depression. It may not be a business-related concern but it sure is something that could’ve sent her spiraling down from success.

But instead, the love for tranquility helped her transform depression into the book/movie character, Dementor.

And if that’s not enough, let’s add Zuckerberg on the list. Yes, Facebook’s Mark Zuckerberg. In a 2010 interview, Facebook COO Sheryl Sandberg told The New York Times that Zuckerberg is “shy and introverted and he often does not seem very warm to people who don’t know him, but he is warm.” Yet despite the common initial impression on him, Zuckerberg achieved success because he knows how to value fewer but solid relationships. Like any introvert, Zuckerberg is a strong empath and it allows him to see what his people and his customers need and want.

Introverts have wild, creative minds but are prudent in making decisions. We listen a lot and we’re good at absorbing what we hear, turning them into bright ideas. All those and more are simple-sounding but very important in succeeding as an entrepreneur.