The story behind Refuga’s first trip to North Korea

The trip had been planned since last fall and we initially intended to do two trips in a row. The interest for the trip was really good and pretty fast we had around 25 confirmed participants, at which time it was our fastest selling trip ever.

In March the sign ups to the trip suddenly stopped and after a while, we started to get cancellations. At that time the political tensions and the media attention was really starting and it has continued up to today. Over the next few months, we got around 20 cancellations from people who had paid the deposit or the full amount for the trip. 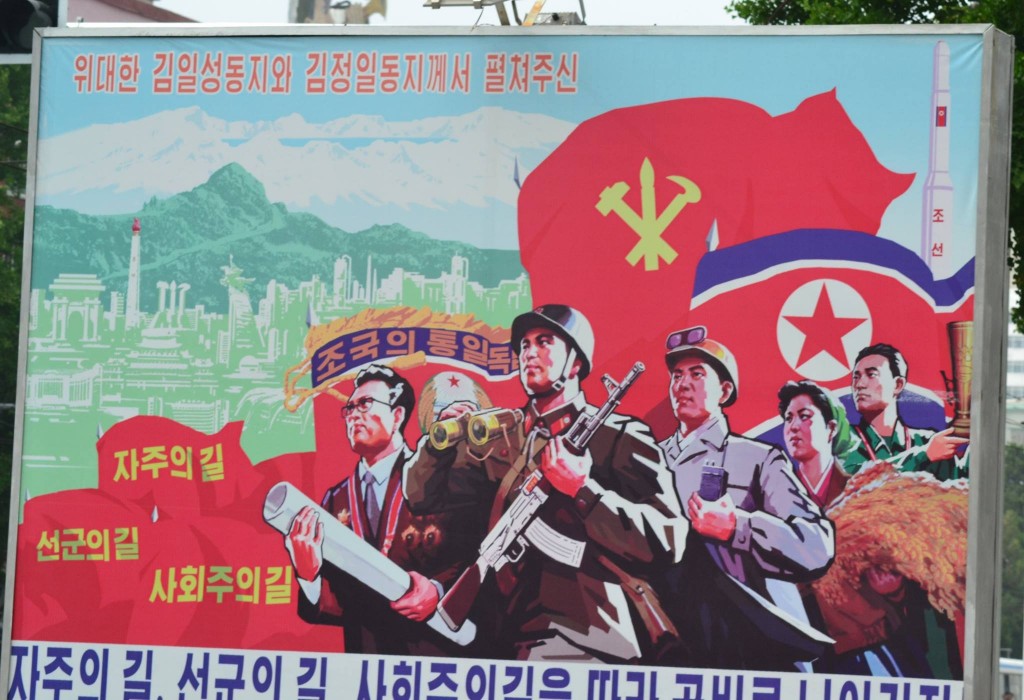 I personally decided that I didn’t want to try to convince people, who were seriously considering canceling or postponing their trip. Of course, it’s normal to feel nervous before a big trip, but if you’re not feeling safe and your family would prefer that you stay home, I don’t see my role as trying to convince you.

The cancellations continued up to few weeks before the trip and in the end, we were only 6 people on the trip. Our smallest group ever 🙂

So, from a pure organizing, logistics and business perspective it was a quite frustrating trip to plan, but personally, I was really excited about finally doing this trip.

Taking the train to North Korea

The trip started in Beijing, the capital of China. We were there a few weeks (I’ve lived in Beijing before and hadn’t been back for 4 years) and here we also had the last logistic meetings.

The day before the trip started all the participants had arrived in Beijing and we decided to meet up for dinner in the hutongs (the old area of Beijing). Normally you can get a good idea about group dynamics in the very first hour the group is together and this trip was not different. Conversations flew just from the beginning and it was pretty clear that we had a good variety of types and that the small group size would actually be a good thing. As an organizer, the group dynamics is something you’re really focused on. Of course, my role can be seen as a facilitator, but the experience is so much better if things flow naturally and that the social element of a trip doesn’t have to be facilitated. I have been extremely lucky on all our trips, that the group dynamics were really good, so I could “blend in” as a participant myself, instead of facilitator and just being a trip leader. 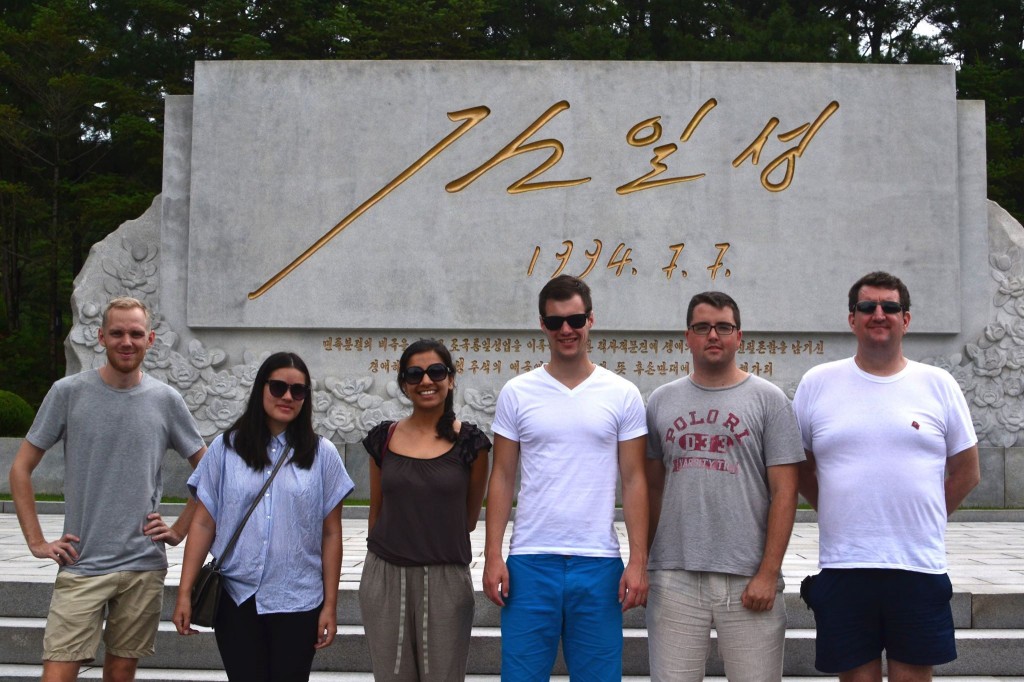 Of course, my role can be seen as a facilitator, but the experience is so much better if things flow naturally and that the social element of a trip doesn’t have to be facilitated. I have been extremely lucky on all our trips, that the group dynamics were really good, so I could “blend in” as a participant myself, instead of facilitator and just being a trip leader.

The next day we meet up again for a small briefing, getting the North Korea visa and our train tickets. Instead of taking a 2-hour flight to Pyongyang, we would take the trip from Beijing all the way to the North Korean capital. 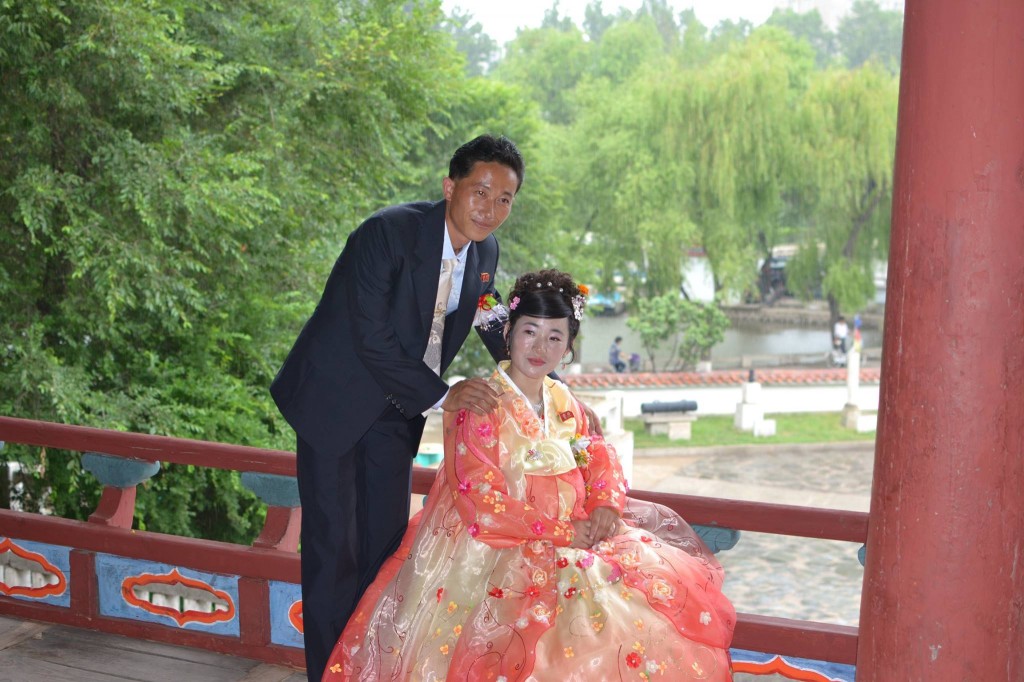 The train stops for 2 hours for a complete check of baggage, visas, and passport by the North Korean officials. It was a very interesting first experience with the country. The check went smoothly and then we were off for Pyongyang, a 5-hour train ride. After our first North Korean lunch on the train, we spent the last few hours looking out of the window and seeing the landscape, villages, and people of the country, that we had all been excited about visiting.

How does tourism work in North Korea?

Of course, this trip was in every aspect special and it was quite different from what we normally do. In North Korea there is just one company on the ground planning trips and that company is owned by the government, so even the planning was very different from normal. 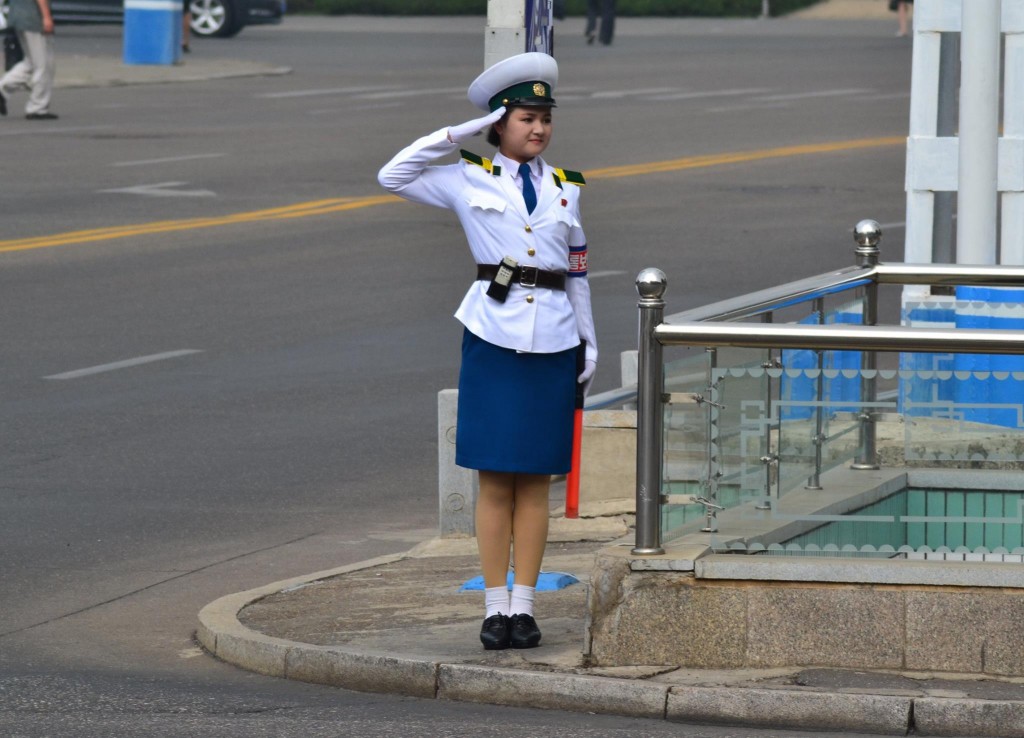 As you might have heard, travel in North Korea is a bit controlled. That means that it’s limited what you can do, see and decide your self when you’re there. You will have a local guide no matter what and they are in charge. We had two guides and our own driver. Most young travelers prefer to decide things themselves, to be spontaneous and so on, so for some, having a guide the whole time, can be difficult.

But that’s how it works and it’s part of the experience in this very strange country. North Korean guides can be very different in how social they are and what they will talk about. We had put a lot of work into getting some really good guides and luckily succeeded.

Of course, a North Korean guide and a western entrepreneur will have different ways of how they see things, but the important thing is to create an atmosphere where everyone is interested in the other part, open and wants to listen. 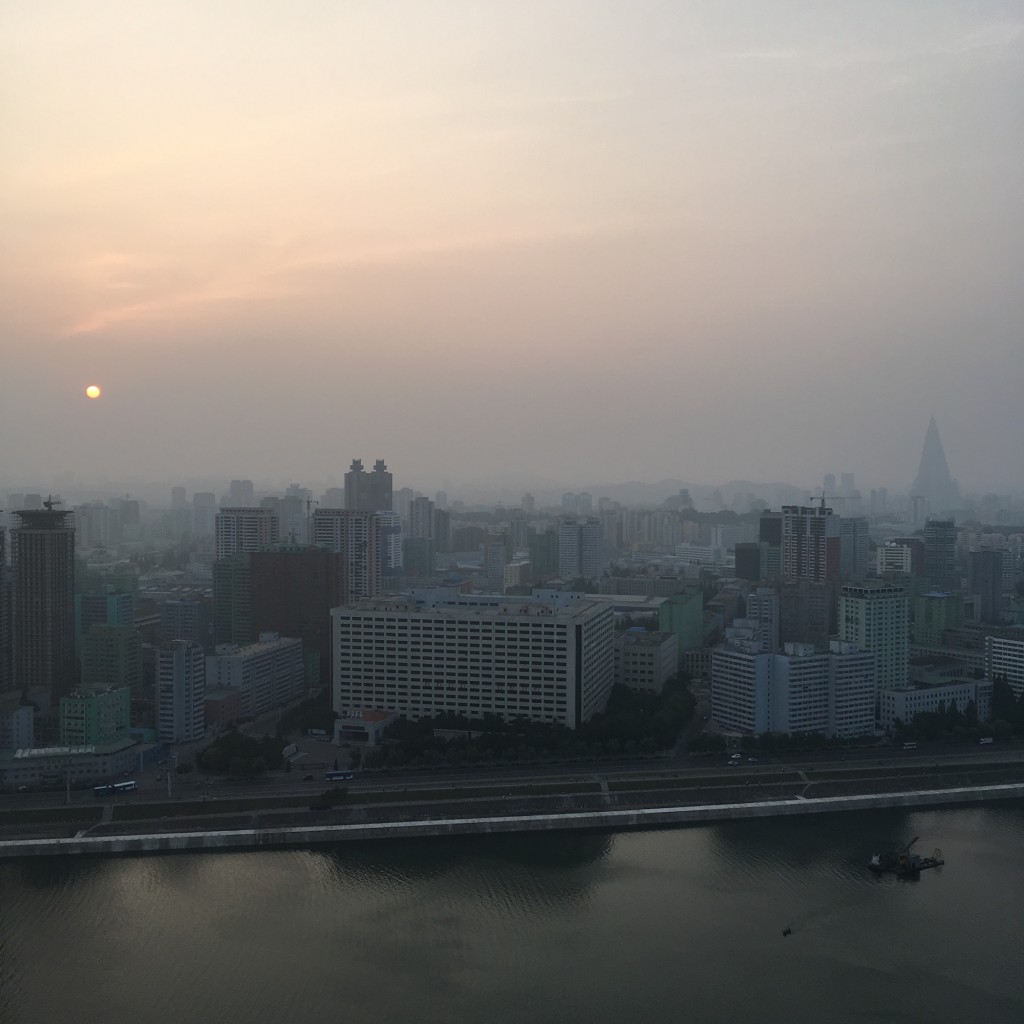 So what did we do in North Korea?

Our guides were a big part of the group. I think all the participants will look back on the trip and see that their conversations with the guides as one of the most important elements of the trip.

We did a lot of stuff in the week we were they. Everything from seeing museums, a library, a factory, Pyongyang, the border area to the south (DMZ), hiking in the mountains, going to a local beer bar and much much more.

We stayed at three different places, with Pyongyang (the capital) as the place where we spent most nights. Besides Pyongyang, we spent a night a bit north, up in the mountains and another night in Kaesong, the closest city to the border to South Korea. 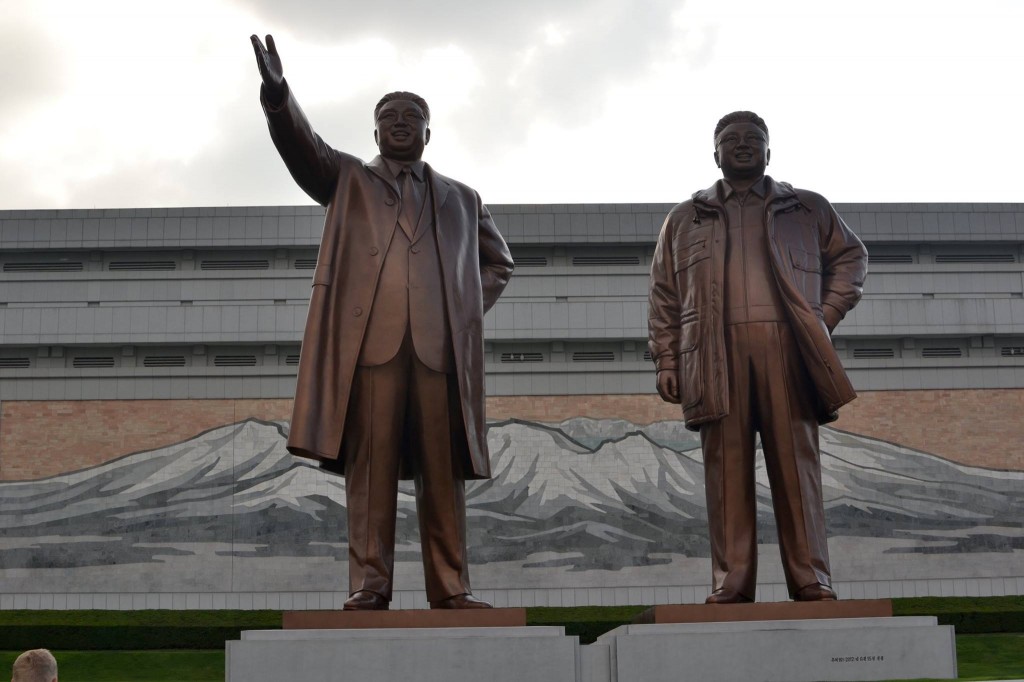 For me personally, it’s not a trip where you can say that this or that part was the best or most interesting. It’s the experience of just being in the country, watching people and the part of everyday life you get to see. The biggest experience is being as close to normal living in North Korea as possible and trying to understand.

As the trip is facilitated and you get to see a part of the country, but not all and not just what you want to, a part of the trip is just trying to understand. Trying to understand how real life really is, what people really feel and how things work. It’s easy to be too critical of everything because you have a different view of how things should be, but it’s actually also very easy to just think that North Korea is very normal because what you see is controlled.

You should only go to North Korea, if you’re open and show respect, but also keep your own critical thinking in mind. A balance between the two will give you the best experience and the best possible understanding of the country.

Aren’t you just supporting the government by doing a trip to North Korea?

I think it’s a very fair question and trust me, I have been asked that very question a lot of times since we launched the trip. I got quite a bit of criticism for arranging the trip because people think it’s damaging and only supporting the government.

Getting criticism from strangers for what I’ve done with Refuga was very new to me because it’s always been a very personal project, where I have put a lot of energy in just making something cool and make people happen. That has always come before money. 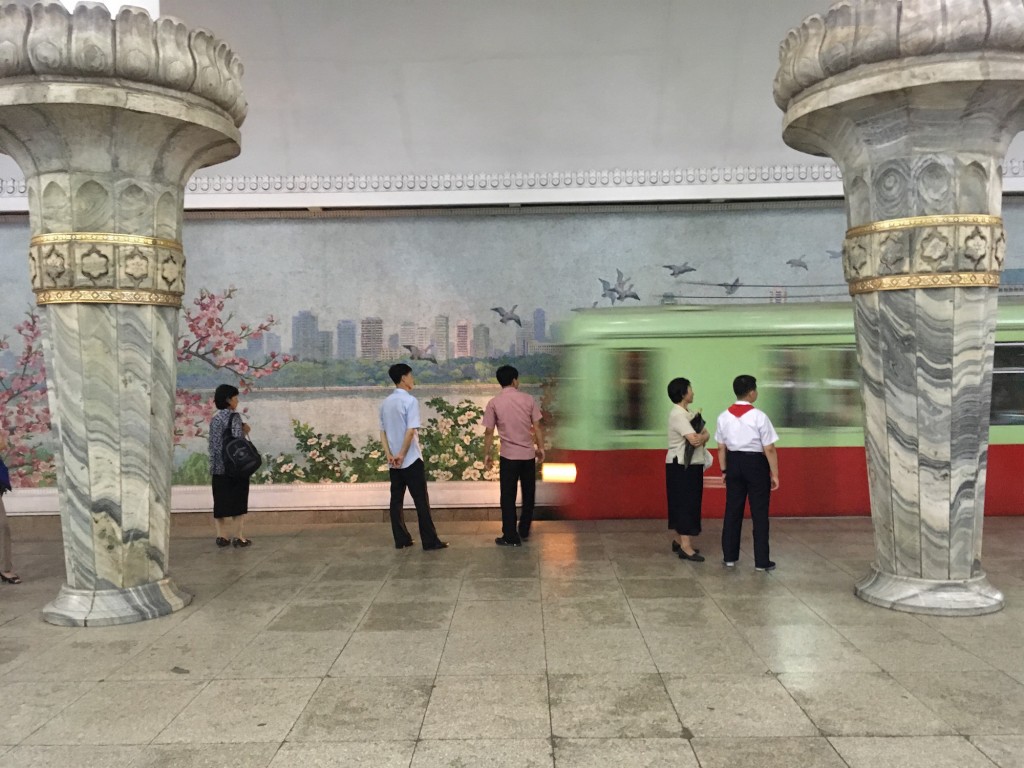 I think the criticism has been a bit hard sometimes, but I really think the question is fair. It’s a complex debate, but it actually always is, when you’re discussing the impact of tourism. You can go to a fancy hotel in Thailand and think you’re supporting the local economy and people, but in reality, the hotel might be draining all the water on the island for their pool, pay lousy salaries and put their profit in tax heavens.

But of course, this is North Korea and not Thailand. The on ground company is owned by the government, and there would be no tourism if it didn’t create money for the government.

I understand sanctions against countries and governments, but I also truly, truly believe that when goods and normal people are not crossing borders, soldiers normally are.

I understand the critics, but I believe that working together, trade across borders and trying to connect the world is better than closing borders. I’m definitely not saying that tourism will “save” North Korea and I’m definitely not saying that by doing this trip Refuga is saving the world, but on all levels, I think more trade and more working together is a better long term solution that closing the door. 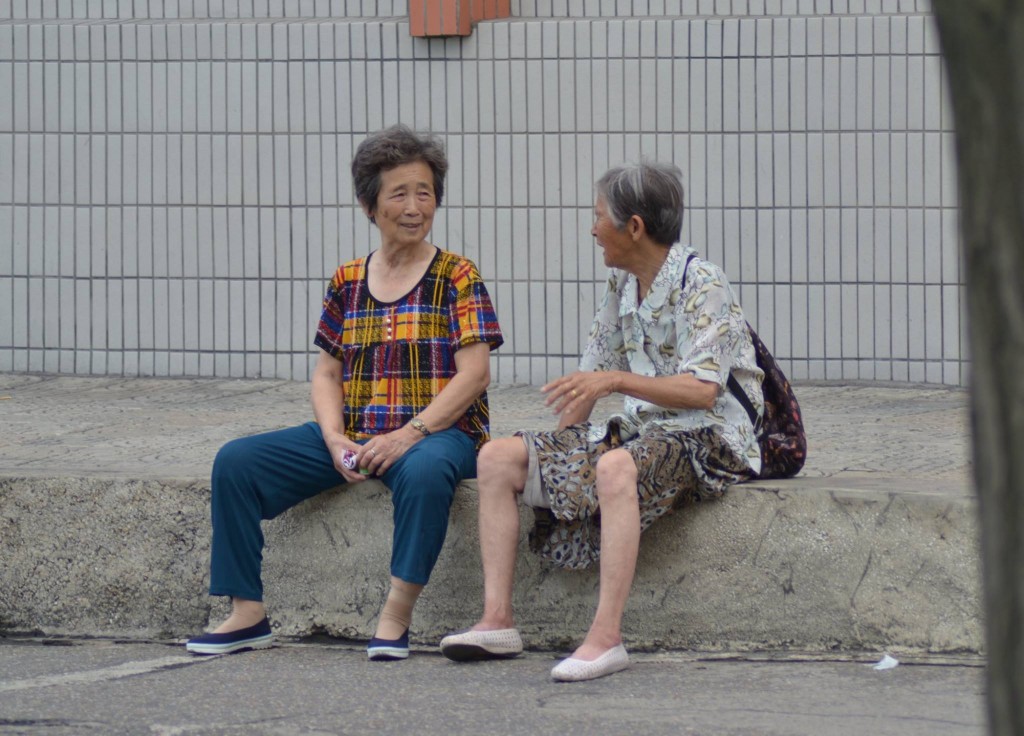 Will Refuga do more trips to North Korea?

Yep. We will now work more with the local travel company to try to improve our program even more and maybe even go there on another research trip this year. But North Korea will definitely be on our program next year.